by Alec Pantaleoni on January 28, 2017 in Uncategorized

Hello. If I didn’t make it clear in class, my name is Alec and I like to think I am the most boring man in the world. Apart from James May, obviously. I kid, but do not mistake my silence as coldness. Autistic people tend to not do well surrounded by strangers. As such, unless we are otherwise familiar with one another, I am hesitant to start a conversation. I join in once I feel less awkward. Now that that’s out of the way, I can now describe my “story”. I have been pursuing a degree in English Education at Chico State for nearly four years now. For the last three-and-a-half years, I lived in an apartment on the Esplanade. My sister moved in (along with all her critters) with me in a larger apartment at the same address during my third year. Over the latter half of 2016, it was becoming apparent that the arrangement my sister, parents, and myself had would no longer be financially feasible. I am now currently living 15 minutes south of Marysville in our old house. The commute is kind of a drag, but I suspect I will be doing a lot of it in my adult life. Apart from that, I like to talk movies, video games, TV (really big here), cars, my collections, and politics. I have many interests, but listing them all would be a chore.

As for what I hope to take away from this class, I hope my internship at the ESL pays dividends. If I am to work in education, I need to get acquainted with the biggest requirement of the job: talking to people in an engaging, positive manner. I have to be confident enough to speak loudly and hold my ground. I have to be patient enough to endure the onslaught of bullshit I am likely to encounter as an employee of the education system, a system drowning in pointless and inept bureaucracy, with a highly possible threat of extinction if a certain individual is elected as Secretary of Education (*cough* Betsy DeVos cough*). Thus, even though the ESL will get me started on the student front, I will ultimately have to face the administrative part on my own. Throughout the day, I read far more than I write. Typically, the first thing I check is Facebook. I check what’s trending first before seeing what my friends are up to. I don’t spend significant amounts of time on it in one sitting. I then check my Twitter feed. I find more up-to-date information through it than Facebook. I mainly use Twitter to see what my favorite celebrities are up to. I mainly follow people who I respect not just for their work, but for their character. I then proceed to my Quora feed. Quora is a question and answer site/app that I somehow joined at some point in the past. Some very reputable people answer questions on it (Barack Obama, Hillary Clinton, top scientists and physicists, generally well-read, well-traveled people). I highly recommend joining just for what’s on it alone. It is a place where knowledge is shared amongst everybody.

Pictured below are some of my best models. These are called Gundams. They are from the media franchise of the same name where humanity has advanced into space (though not deep space) and conflicts employ the use of upright vehicles known as Mobile Suits, the most powerful and advanced of which are Gundams. The series themselves have consistently boasted phenomenal animation and production values in both Japanese and English. The storylines are, generally, very serious and thematically heavy. The first four photos are my models of the two main Gundam suits from the latest film miniseries, Unicorn. It is considerably darker and more violent than the network anime, but also by far the best produced. I would not recommend the series to children.

Anyhow, that’s my piece and I hope it satisfies your curiosity. 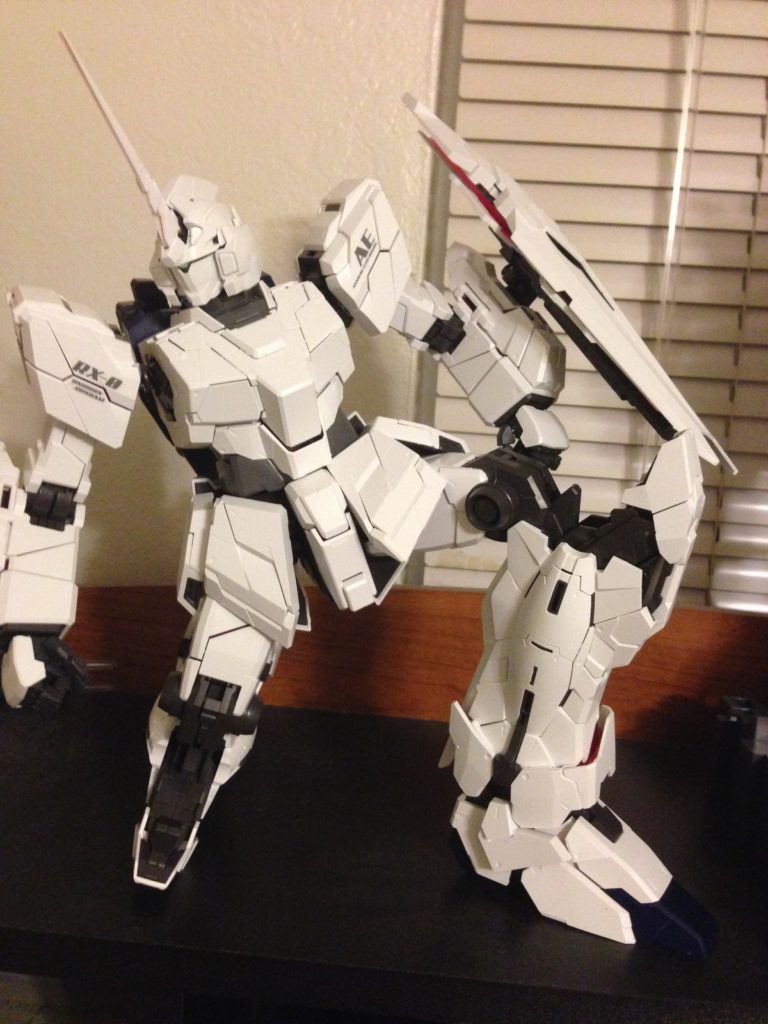 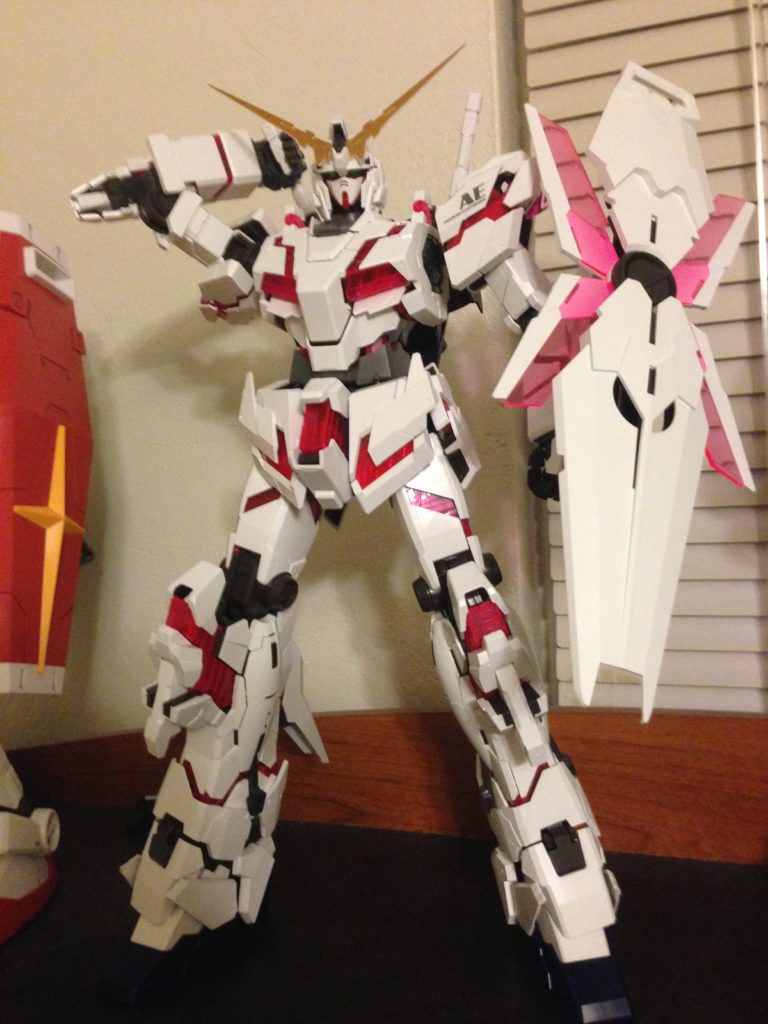 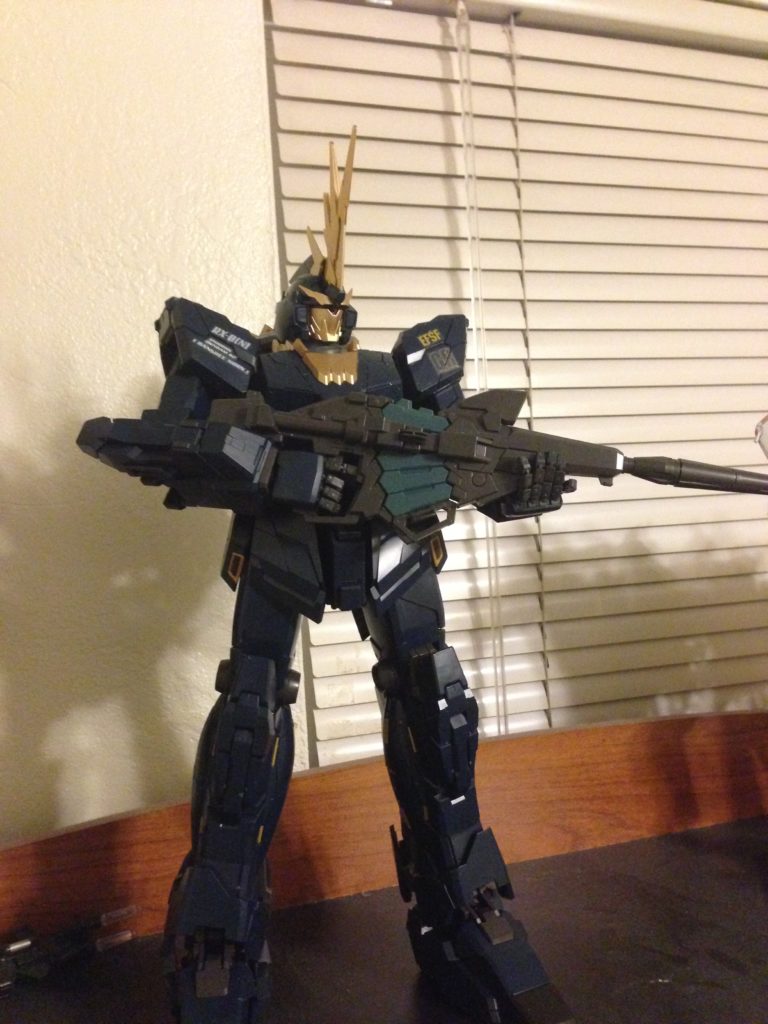 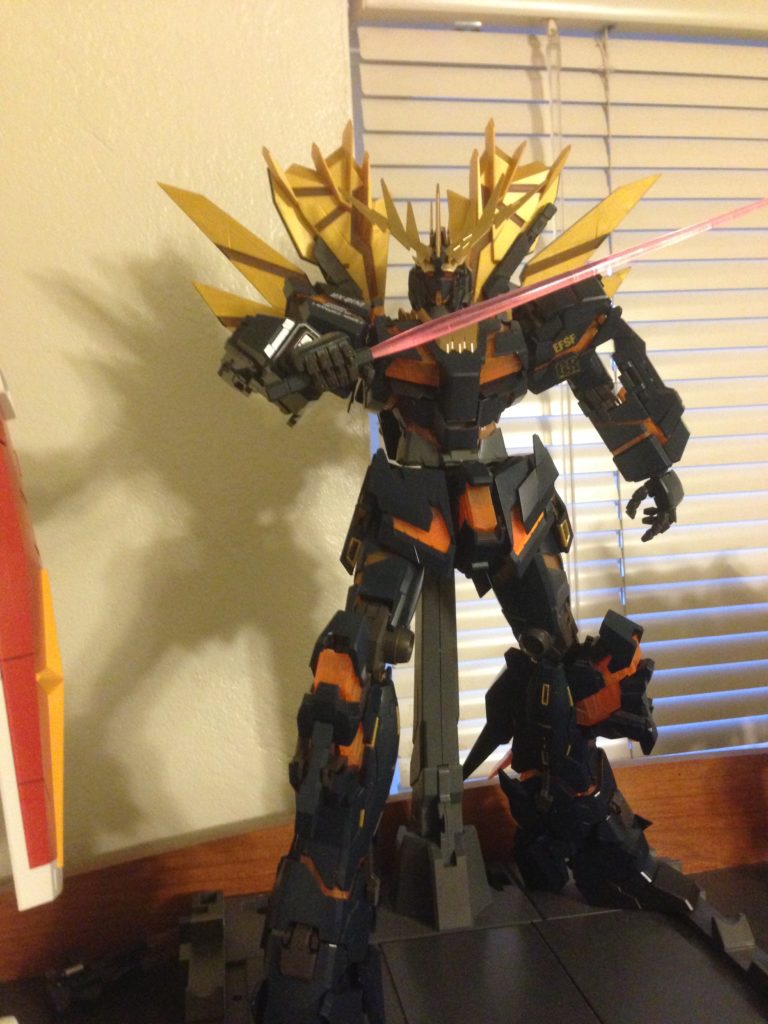 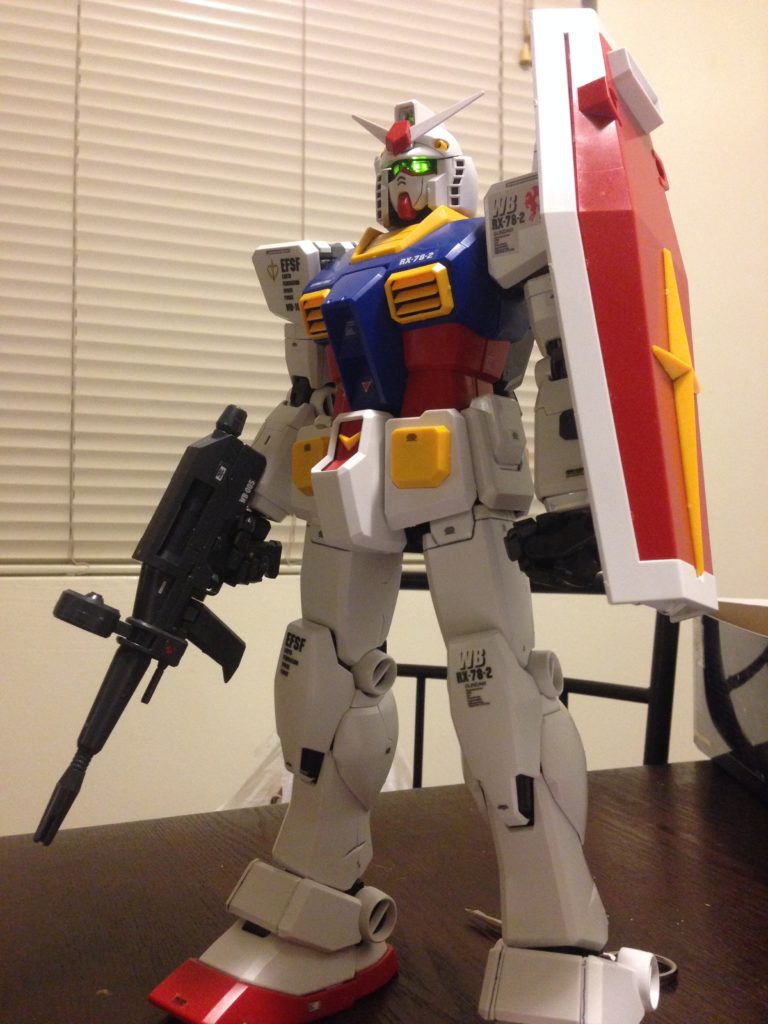 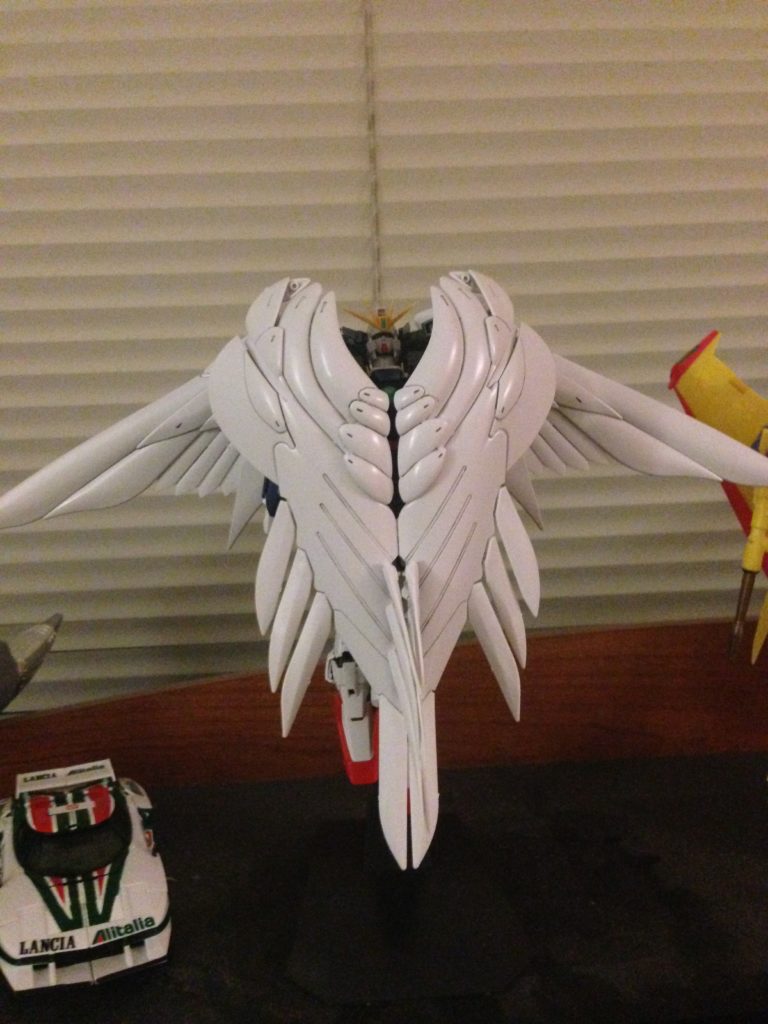 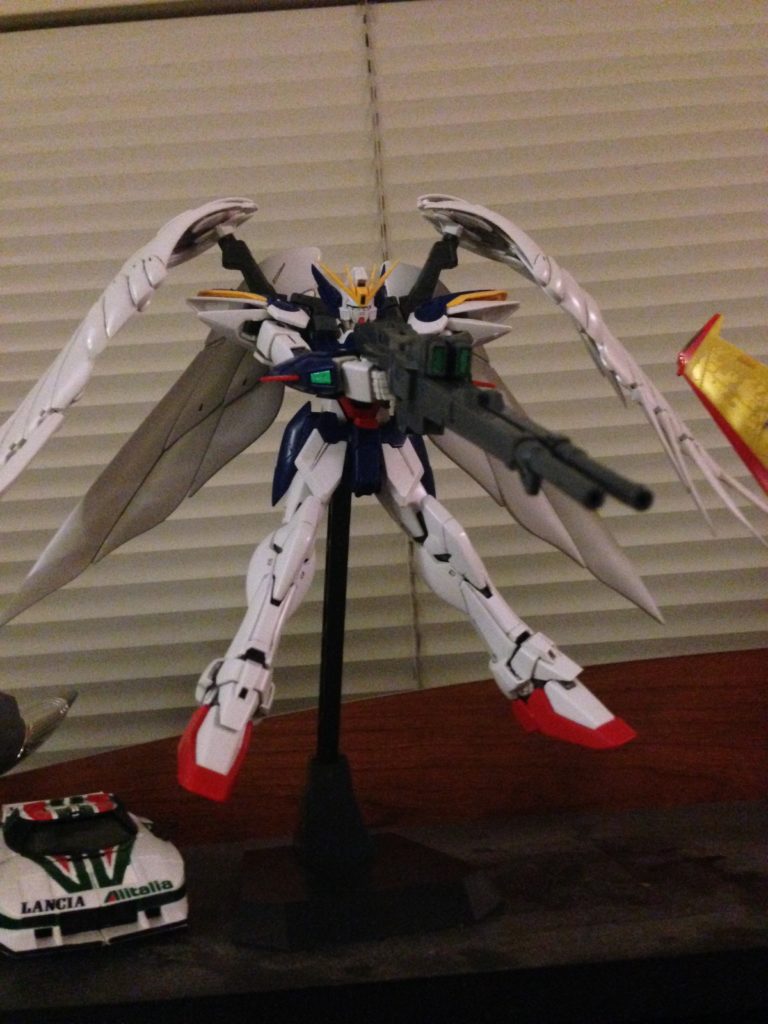 ← Cats… and the like of Destiny.
Accessing Literacies As An Outsider →