by Kassandra Bednarski on April 17, 2017 in Uncategorized

It’s funny because whenever I’m in class or talk to Kim/classmates and then leave class, I feel so confident in my multi-modal project and what I’ve learned thus far (no, but seriously, this has to be one of the most enlightening English classes I’ve taken [also the only one I’ve taken but still…]). And then, I get back to my… Read more →

by Kassandra Bednarski on April 2, 2017 in Uncategorized

It’s funny because a majority of us start our blogs off by saying something along the lines of… “I don’t really know what to talk about, but…” or “I’m not entirely sure what this means, but…” But I really really DON’T KNOW. I’m sitting here on the fourth floor of the library slowly trying to make sense of multi-modality and Shipka’s piece, but I’m at… Read more →

by Kassandra Bednarski on March 26, 2017 in Uncategorized

There’s a lot of different directions I was thinking about going with for this blog post. I could have talked about all the different types of modes, the benefits to a multi-modal approach, my own experience in learning in an education system that doesn’t prioritize multi-modality, etc. So, I guess I sort of did all of that? I don’t know.… Read more →

by Kassandra Bednarski on February 26, 2017 in Uncategorized

I have a confession. I am one of those awful people who had a stereotypical view of English majors, and really, anyone who wanted to go into teaching. I’m sorry! I now consider myself somewhat educated on the matter  (I mean, I am pursuing my TESOL certificate now, in a semi-ironic twist) and will defend each and every one of you because… Read more →

by Kassandra Bednarski on February 18, 2017 in Uncategorized

Disclaimer: I really wanted to try to write this blog in the Schaffer format, but I started to get frustrated and continued to just put off the blog and I began feeling nostalgic (and not in a good way) about my high school English classes… Long story short: I’m ditching the Schaffer method while I still can. I remember hating… Read more →

In all honesty, this was a very difficult blog to do. I’ve personally never said this, but now I’m starting to understand where the anger comes from when a non-English major says something to the likes of: “But English is so easy… Everyone knows how to read!” I think Russell must have heard that a lot growing up and decided to publish something that proves how difficult, how thought-provoking, and how ridiculously confusing and analytical English can be (and that goes without even mentioning the different topic areas of English like literacies, rhetoric, etc etc.). With that being said, I could connect with bits and pieces of the Activity Theory he presented.

For me, it’s hard to think about something I’ve learned outside of school for the past 2-ish decades (I find that sad to look back and be limited in what I’ve learned to do outside of school, especially given the general system we’ve created). Everything I have in my “back pocket” is dictated by my school environment. And, I know this isn’t really related (or is it?), but if a lot of us were/are having difficulty thinking of something we learned to do outside of school, what would be the differences between let’s say…. those who went to public schools and private schools? Those who went to religious and non-religious schools? Those who’s families were able to offer a wide range of outside, extra-curricular activities and those who were unable to? Do our school systems and their variances have an influence on each person’s ability/willingness to learn something outside of school? And, even thinking beyond that, what other social/political/economic influences play into this idea? But anyways (I’ll stop my rant now)… I came up with a short list of things I learned outside of the classroom –> I’m a part of a multicultural sorority and we do something called stepping and trolling (if you’re interested you should look it up on youtube… it’s pretty big on college campuses where there is a huge populations of multicultural orgs). Stepping is basically drumming and making beats by clapping and stomping and is usually accompanied by chanting about our organization and then strolling is basically a choreographed dance to a song. But, I realized I used what I learned in school (drumming and music classes) and incorporated it into something that’s meaningful to me now. So, I’m not sure if that entirely counts? But I also write spoken word and regularly practice making various foods that I learned from my grandma who is from Honduras (things like Pupusas, enchiladas, tamales, papas rellenas, etc.). In these cases, I feel like I’m motivated by my own desire and interest in being better connected to my culture, family roots, and emotions. It’s not about the materials. It’s about my own personal motivation to engage in a specific activity. This connects with something Russel said in the first few pages of his article where he talks about the differences in education systems all around the world. Some systems are based on intent and some are based on making students go through general understandings of a variety of subjects. In school, we are constantly moving between activity systems (history, english, math, etc.), but it isn’t until you get to the collegiate level that we really begin to pressure students to choose a specific major/path and to follow it to the end. I remember learning MLA was really ingrained in my mind throughout all of middle school and high school…. So much so that it was to the point I couldn’t even imagine citing in a different format and didn’t even believe there were such things as other citation methods. They say it only takes 30 days to make a habit. So, if you really think about it, MLA was more than a habit at this point. But, when I came to Chico, I knew I wanted to study something related to political science and I was then introduced to APA, which I now use regularly. I can’t even imagine coming to the University level and being undeclared and having to explore major options, all of which have their own specific writing styles and methodologies. Why do we force physics majors to take ENGL 130 when that type of literacy does not match with the one they’ll be engaging in in their field? Why do we put such a big emphasis on ENGL 130 when it isn’t applicable to every field? Sure, there are basic concepts that everyone should have an understanding of.  But, when Civil Engineers are told to wait to take ENGL 130 during their senior year so they can have an easy class while they’re taking their capstones, we have a problem. When we are putting such a huge emphasis on specific concepts from ENGL 130 (like MLA) that isn’t helpful for all of our students, we have a problem.

Education is important. It’s a right for every single person in this world. But, we really owe it to ourselves to reevaluate the system we’ve set up. Education is supposed to be intentional and purposeful. While there are common skills and concepts in different subjects we would all benefit from learning, there needs to be specificity in other areas to better cater to the individuality of students. If we don’t value that individuality and those different needs, our system won’t reach its full potential. So, in regards to ENGL 130, I say we need to be more intentional about how we teach it and really…. if we continue to teach it. 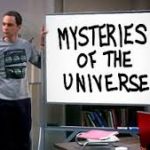 Finding Our Personality of Writing

by Kassandra Bednarski on February 5, 2017 in Uncategorized

You know what I realized? The phrase “theory of writing” is utterly confusing and then to add on your own personal “theory of writing”… now that’s just cruel. And I think that’s the point. We’re so uncomfortable with the idea that writing and literacies is fluid and forever changing and expanding that we’ve created that inaccessible aspect of it. I’ve… Read more → 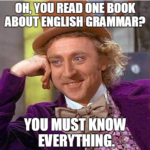 Accessing Literacies As An Outsider

by Kassandra Bednarski on January 28, 2017 in Uncategorized

So, I’m panicking. And, that statement… in and of itself, does a pretty accurate job of summing up my whole life story. Well, go ahead and add “walking contradiction” and you’ve got the whole picture. Except, that it isn’t (do you get the whole “walking contradiction” part now?). Growing up as a first-generation “American”, I have constantly, grudgingly, followed the… Read more →